Tron Pyre has been building up anticipation for his next project, PANGEA, through a suspenseful social media campaign on Twitter. Over the weekend, the new age R&B, Soul, singer dropped his single “Sativa”. The track reminds listeners of times when musicians sang and dance in the rain for music videos. 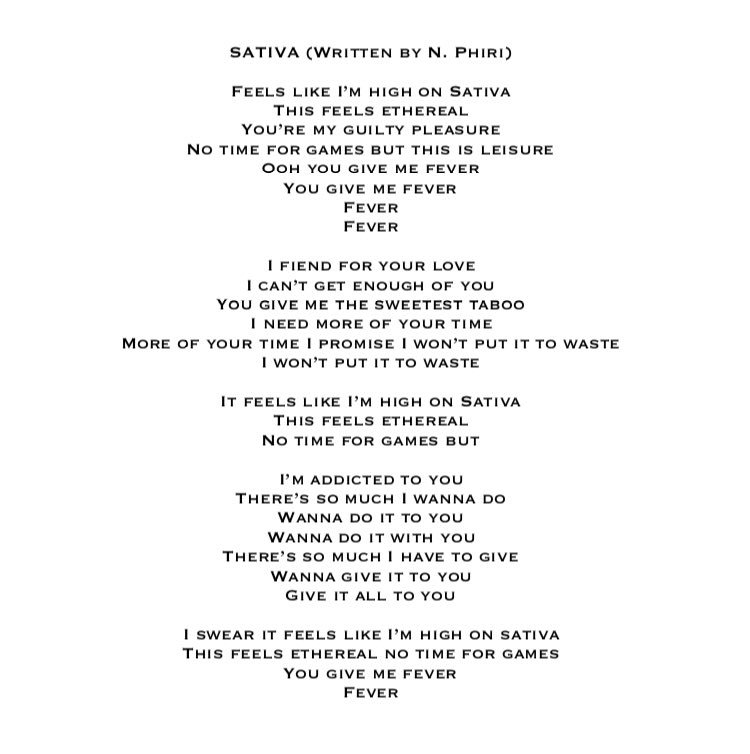 Tron Pyre further goes on to include his production credits on Twitter. The melodic composition of Sativa’s instrumental should come as no surprise given the familiar names that appear in the credits. I can’t say that I can recognize his music as soon as it reaches my ears, but the power of the guitar addition on the track should have told me that Unami was behind them before I read the below list.

What do you think of the single?

Misa Makwakwa Masokameng is a graduate from the University of Stellenbosch with a degree in International Studies. She is an accomplished and award-winning dancer with a keen interest in the performing arts including, but not limited to, poetry and music. She also possesses a multilingual and multicultural background, with dual citizenship from South Africa and the United States. Misa is fluent in English and proficient in French. As a digital storyteller, Misa launched her blog, 'Misa Narrates', in April 2016.
Previous post

Vote Of Thanks: My First Oppikoppi, #OK24NOMAKANJANI

Vote Of Thanks: My First Oppikoppi, #OK24NOMAKANJANI